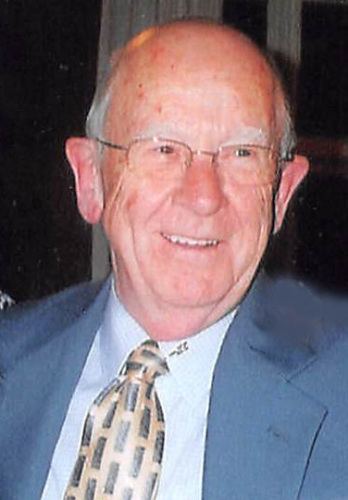 Doug grew up in Franklin, graduating from Franklin High School in 1960.  He was one of six children and decided at a young age that he would like to pursue a career in funeral service. Not given the opportunity to work with a local funeral home Doug moved to Los Angeles, CA.  He worked and lived at the Cunningham and O’Connor Mortuary in downtown Los Angeles from 1964 to 1968, with branches in Hollywood and Alhambra.  After accumulating college tuition Doug enrolled in the California College of Mortuary Science, graduating in 1967 with honors.  He finished his apprenticeship at the Mortuary, becoming a licensed embalmer.  Doug returned to New Hampshire in 1968 and worked for several years with Arthur Simoneau at Simoneau and Son Memorial Home in Laconia.  He later worked on and off in retail clothing. In 1977 Doug purchased a very visible piece of property on busy Route 3 in Tilton and established his funeral home in 1978.

Scott grew up in Caribou, Maine, graduating from Caribou High School in 1982. He is one of six children and started working part time in 1980 at the Lancaster Morgan Funeral Home in Caribou while he was in high school. After graduating from High School  he started working for the funeral home full time, later attending and graduating from New England Institute in Boston, Massachusetts in June of 1985. He received his Maine funeral practitioner license in July of 1985. He worked as a licensed funeral director for Lancaster Morgan funeral home in Caribou, Maine until moving to New Hampshire in October of 1993, when he started working for the William F. Smart Sr. Memorial Home as a licensed funeral director. Scott also is a licensed insurance agent and Justice of the Peace in New Hampshire. He has been very active in local community affairs, serving on many boards and committees.
Scott has two stepdaughters, Amanda of Leland, NC and Felicia of Concord.
He resides in Tilton with his wife Lori and their pets Baxter, Charlie and Ben.

Brian D. Constant, a Kingston, NY native, has been a Licensed Funeral Director and Embalmer since 1998.  He began his career with the Durfee Funeral Home in Fair Haven, VT and the Roberts-Aubin Funeral Home in Castleton, VT.  He moved to the Lakes Region in July of 2000, beginning his employment at the William F. Smart Sr. Memorial Home.

Brian earned a degree in Arts from Sage College of Albany in Albany, NY in 1995 and also a degree in Applied Science from Hudson Valley Community College in Troy, NY in 1998, becoming a Licensed Funeral Director and Embalmer the same year.  He is licensed as a life insurance agent and is a Justice of the Peace for the State of New Hampshire.

Brian lives in Northfield with his wife, Kimberly.  His daughter, Samantha is a graduate of Roger Williams University in Bristol, RI with a Bachelor in Forensic Science.
© 2022 William F. Smart Sr. Memorial Home. All Rights Reserved. Funeral Home website by CFS & TA | Terms of Use | Privacy Policy | Accessibility