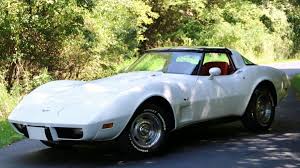 Walter F. Krauz Jr., 70 of Franklin, passed away at home surrounded by family after a long illness. He was born in Franklin, New Hampshire on January 2, 1951, the son of Walter F. Sr. and  Norma (Pomerleau) Krauz. Walter was a lifelong resident of Franklin, he graduated from Franklin High School, class of 1970.

He worked for over 30 years for Franklin IGA as the produce manager. Later working for Webster Valve for 17 years until his retirement. Walter enjoyed classic cars, owning them and going to many car shows. He also enjoyed golfing, riding his motorcycle, spending time with friends and family and washing every car he could get his hands on.

He is survived by:

Daughter: Stephanie M. Merkley and her husband Robert  of  Salisbury

A celebration of his life will be held at a later date.

Memorial donations can be made in memory of Walter to the Concord Kiwanis Club, Car Classic Shows, PO Box 939, Concord, New Hampshire 03301.

To send flowers to the family or plant a tree in memory of Walter F. Krauz Jr., please visit our floral store.

You can still show your support by sending flowers directly to the family, or by planting a memorial tree in the memory of Walter F. Krauz Jr.
Share a memory
© 2021 William F. Smart Sr. Memorial Home. All Rights Reserved. Funeral Home website by CFS & TA | Terms of Use | Privacy Policy