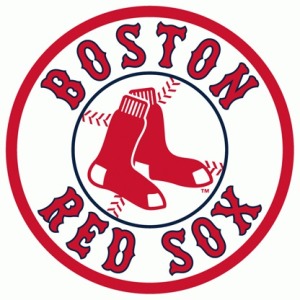 Thomas “Tom” E. Murphy Jr. 80, a resident of  Sanbornton since 1971, died Wednesday, January 15, 2020 at the Hospice House in Concord with family at his side.Tom was born in Laconia, May 18, 1939, son of Thomas H. Sr. and Arlene Rose Sylvestre Murphy. Tom was a Union Carpenter, with United Brotherhood of Carpenters, New England  Regional Council for over fifty years, the last 10 years for Thibco of Manchester. He worked on the observatory at the top of Mt. Washington, and his work can be seen in the movie On Golden Pond.  He and his wife enjoyed the time spent at their home in North Fort Myers, Florida.  Tom began raising blueberries in the early  70’s, planting more each year for 40 years.  He owned Murphy’s Blueberry Farm at his home in Sanbornton.  Later planting other berries of choice.  He was a member of the Boston Braves Historical Society and was a diehard fan until they left Boston in 1953. He then became an avid Red Sox fan and loved hanging out at Jet Blue Park chatting with the old timers.  He was a former parishioner of St. Mary of the Assumption Church in Tilton of St. Gabriel Parish.   He later became a communicant of St. Andre Bessette Parish in Laconia. In addition to his parents, Tom was predeceased by a brother Joseph “Bud” Murphy, and sisters, Monica M. Pike and Ann Marie Murphy. Tom’s family is so grateful to the CRVNA and Hospice in Concord for the wonderful and respectable care shown to Tom,  and their professional respect to him and his family.

Shawn H. Murphy and his wife Linda of Gilford

Calling hours will be held, Wednesday, January 22, 2020 from 5:00 to 7:00 PM at the William F. Smart Sr. Memorial Home, Franklin-Tilton Road in Tilton.  A Mass to celebrate Tom’s life will be held, Thursday, January 23, 2020 at 10:AM at St. Mary of the Assumption Church, Chestnut Street in Tilton, where Tom was Baptized .Spring burial will be in the family lot of St. John Cemetery in Tilton.

Those wishing to make a donation in Tom’s name may be sent to the Concord  Regional VNA and Hospice , 30 Pillsbury St., Concord, NH 03301.