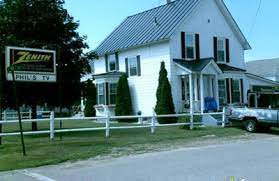 Philip J. DeFosses Sr., 78, longtime owner of Phil's TV in Franklin passed away on Saturday, November 20, 2021 at Concord Hospital after a short battle with Covid-19. Phil was born on February 24, 1943 in Bridgeport, CT son of the late Victor and Doris (Thayer) DeFosses.

Philip began he career as a business owner when he started Phil's TV in the early 1960's. He has always committed a large part of his life to his customers. Phil always had a soft spot for helping other people and showed it through his sponsorship of local baseball teams for over 50 years. He was a member of the local Knights of Columbus, St. Paul Church and the NRA.

In Phil's spare time he enjoyed many things with his family and friends, whether it was hunting, hiking, snow shoeing, rollerblading, coin collecting, watching NASCAR or playing cards with his wife. He also loved cars, aircraft and space exploration. Phil will always be remembered for his dedication throughout his entire life to his family, his relatives, his friends and the customers he served in the community. He was an inspiration to his family for his strength, determination and courage.

Due to Covid concerns, a private graveside service will be held for the family in Holy Cross Cemetery in Franklin. A memorial mass for Phil will be held in the spring of 2022 at St. Paul Church of St. Gabriel Parish in Franklin.

To send flowers to the family or plant a tree in memory of Philip J. DeFosses Sr., please visit our floral store.

Services are to be announced