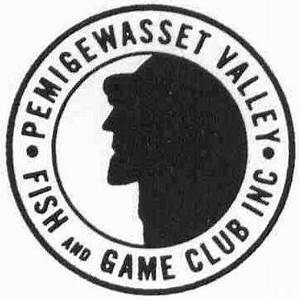 George L. Nadon, Jr. 89, died February 21, 2020 at his home in Franklin with his family at his side after a long road of failing health.

George, was a lifelong resident of Franklin.  He was born on September 8, 1930 the son of the late,  George L. Sr. and Alice T. (Crowley) Nadon.

He attended schools in Franklin and was a graduate of Franklin High School and served his country as a member of the United States Air Force for 23 years.  Traveling the country and the world, George and his family experienced life to its fullest, spending time in all corners of the United States and overseas.

After retiring from the Air Force George settled in his hometown of Franklin, in the same home where he grew up.  Following his military career he was employed as a radio repair technician for Tram Radio in Sanbornton and as a delivery person for Major Brands in Belmont and later as a maintenance worker at Hannaford's in Franklin.  He loved caring for his yard and enjoyed hobbies like beer making, target shooting, baking and meteorology. George was an active member of the Pemigewasset Valley Fish and Game Club and was a staunch supporter of President Trump.  He was a parishioner of St. Paul Church of St. Gabriel Parish in Franklin.

George was predeceased by his wife, of 54 years in 2007, Margaret Jean (Schmidt) Nadon, his son Kenneth G. Nadon of Franklin, who died on February 15, 2020,  as well as sisters, Pauline Wentworth and Theresa "Ginger" Mark.

He leaves a sister, Mary Lee Nadon of Mission Viejo, CA, sons, James A. Nadon and wife Claire of Franklin and Les Nadon of Cheyenne, WY.  He is also survived by his grandchildren, Tucker Nadon, Chris Nadon, Ryan Nadon, Randy Nadon and Amy Duclos, great-grand children and numerous nieces and nephews. His cat, "Punkin" will miss him too.

Following George's wishes, there are no calling hours. A graveside service will be held in the spring with military honors and brief committal service at the New Hampshire State Veterans Cemetery in Boscawen. He will be buried next to his wife Margaret.

In lieu of flowers memorial donations may be made in George's name to the Humane Society, P.O. Box 572, Laconia, NH 03247.

To send flowers to the family or plant a tree in memory of George L. Nadon Jr., please visit our floral store.