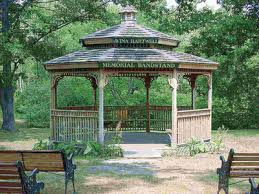 Kristin "Boris" William Meinhold, 72, a resident of Franklin for many years, went to meet Jesus on January 4, 2020 after a brief illness.  Kris was born on Feb. 5 1947 in Brockton MA to Frank and Gladys (Young) Meinhold of Hanson Mass.  Kris lived in Hanson until 1959 when he moved to Tilton NH, graduating from Tilton-Northfield High School in 1965.  He was active in the Boy Scouts and Explorers, and was a member of Moulton’s Band in Sanbornton as a sousaphone player.  For a time he dabbled in Real Estate.  For several years he was Captain of Engine 3 for the Tilton-Northfield Fire Department as well as Chief of Police for Northfield, retiring after 14 years of service. He then worked 18 years for Annalee dolls in Meredith as safety coordinator until he retired.  He later became Superintendent of the Franklin Cemetery, finally retiring after several years.  He was a deacon for the Congregational Christian Church of Franklin. He was also a member of the Masons and the Franklin Lodge of Elks.

Kris loved fishing and gardening. He also enjoyed dancing, laughing and campfires with family and friends. Managing the Tilton Island Concerts on Sunday's was his greatest enjoyment in the summer. He looked forward to daily visits with his sister.

Kris was predeceased by his parents Frank and Gladys Meinhold. Leaving behind a son Ethan William Meinhold and his wife Paola, two grandsons Franklin William and Thomas William all of Hudson, his sister Gail Davis and her husband Richard of Franklin.  A niece Michelle Jettie of VT, nephews Shayne Bradley of Benson, NC and Alan Stuart of Concord and all their families.  Also his loving cat Sadie Pearl.

In lieu of flowers, memorial donations may be made to a local animal shelter or humane society or to a local first responder unit.