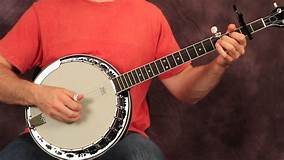 David E. Fuller, 72, a lifelong resident of Franklin died at his home, Wednesday, September 5, 2018 following a long period of failing health.  His family was at his side.  David was born in Franklin, September 12, 1945, son of the late, John H. and Helen M. (Thibodeau) Fuller.   He attended Franklin schools and graduated from Tilton School, Class of 1963.  He went on to study for his BA Degree in Economics at the University of New Hampshire, but made the decision to enlist in the U.S. Army, serving from 1967 until 1970, as an engineering equipment mechanic.  He served during the Vietnam Conflict and was the recipient of several Vietnam medals and was a sharpshooter-M14 and Expert M16. He was discharged with the rank of SP5.  After an additional year of service in Germany, he returned to UNH.  David was employed for over 26 years at Concord Savings Bank and was the Vice President of Operations and Purchasing.  He later worked part time at Kearsarge Marine, New England Boat and Motor Restoration, and the U.S. Postal Service as a rural route delivery postman. David was active with the Franklin Outing Club, Veterans Memorial Recreation Area, Boy Scout Troop 61, and was a Board member and longtime member of the Franklin Targeteers. Over the years, he became a talented master craftsman, including becoming a juried member of the League of New Hampshire Craftsman for his impressive Kentucky long rifles.  David had so many varied interests and was always working on a project. Among those, he enjoyed playing and building banjos, ice boating, sailing, camping, and flying remote control airplanes.  He and his wife enjoyed time with their red 1962 Corvette and Harley Davidson, as well as winters in Florida with family and friends.  His proudest accomplishment was being “Gramp” to his five grandchildren.  When his oldest grandson began playing in wooden bat baseball leagues, David started turning wooden baseball bats. These bats became known as “Gramp Bats,” and he became known as the GB Legend. It was a true highlight of his life to attend the ball games and activities of his grandchildren.

His son, Richard “Rick” G. Fuller of Franklin and his daughter, Wendy K. Beaudet and her husband Rob of Franklin.

And Cody and Carly Fuller

His sister, Susan J. Pope and her husband Brian of Franklin

David would prefer that flowers be omitted and donations in his name being made to the “Rope Tow Fund,” Franklin Outing Club, in care of James Jones, 51 Freedom Drive, Franklin, NH. 03235.

To send flowers to the family or plant a tree in memory of David E. Fuller, please visit our floral store.